The Necessity Of Termite Inspection And When It Should Be Done

The floors and walls of your property may look sturdy and solid to the naked eye. Therefore, you may wonder why you need to pay for an annual termite inspection. The issue with termites is that they may have invaded your home and you know nothing about it. They can continue causing hidden damage that will cost thousands of dollars to repair. Below are details about the necessity of termite inspection and why you need to hire a professional.

When you want to protect your home from damage by the invasion of termites, have regular inspections done. A termite inspection allows you to catch an infestation in its early stages, enabling quick elimination of these insects before they can cause major structural damage. You should consider inspecting for these pets as a maintenance routine to keep your home safe and in proper condition.

Your home should be comfortable and safe. Having yearly inspections will make you have confidence that your property is safe from wood-destroying pests. Big problems can occur when termites invade your house. When termites are left untreated, they cause serious structural damage to a building. They can cause ceilings to drop, floors to buckle and walls become paper-thin. In extreme invasions, the building can be unsafe to live in.

Termites usually hide in dark areas like inside floor boards, and behind walls, as these places are safe from humans, and they have plenty of wooden materials to feed on. You may only notice their presence when you see one walking across the floor. When a professional inspects your home, he or she will check inside the floors, walls, and all other areas that termites like to hide.

If you have had a termite infestation in the past, it is vital to have routine inspections done. One invasion does not necessarily mean that you will have other invasions, but it is good to be on the safe side. If your home has not been inspected in over a year, it is time to call a pest control company.

When you see a swarm of these insects in or around your neighborhood, know this means an inspection should be done. Call a pest control company to have your house inspected. These insects usually swarm a place when their supply of food is low. Seeing a swarm means there is an active colony near you and you should be cautious.

Hiring a team of professional pest controllers is a wise decision as they have equipment and knowledge in discovering and neutralizing these insects. Inspectors have gained experience through the years and they still educate themselves in new ways of eliminating termites. Therefore, they can stop an infestation quickly before extreme damage is done. 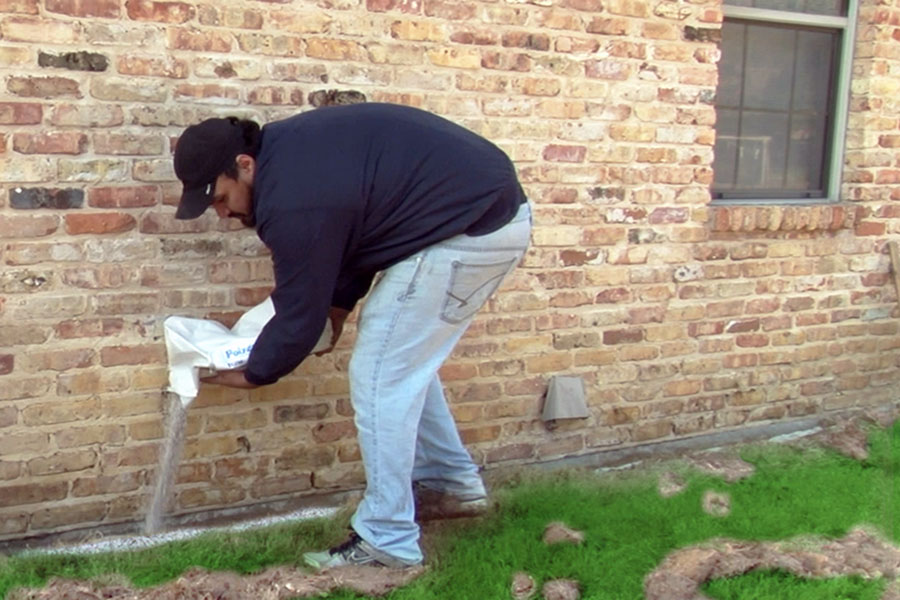 Taking immediate action in addressing termite infestations can prevent unnecessary damage. Having regular inspections prevents future infestations. By being vigilant, you can protect your home from the catastrophic damages these pests can cause. Therefore, hire a pest control company to check for the presence of these pests and eliminate them if they are present so you can be on the safe side.

Posted in Home and Garden

The Right Way to Handle a Flooded Basement

Flooded basements are often a homeowner's worst nightmare! Even the littlest amount of water can cause major damages and cause mold and mildew issues. On top of this, you're worried about whether this is often a one-time problem or if basement flooding might be an ongoing issue in your home.

Basement flooding is usually caused by cracks within the foundation of your home. repeatedly, water damage is hidden by finished basements, causing homeowners to attend too long to repair the inspiration cracks. this will cause the damage to be more extensive repair. You can call water damage restoration company to solve your flooded basement problem by certified experts only.

When trying to find an answer to your flooded basement cleanup company, you would like to be a savvy consumer. There are companies out there using products to waterproof foundation walls from inside your home. Unfortunately, this is often a "Band-Aid" solution which will presumably cause recurring basement flooding.

Repairing foundation cracks from the inside of the house won't remove the water that's already inside the inspiration wall and it won't prevent further water from seeping into the inspiration. If you've got water leaking into the basement, the tough reality is that digging is your only solution!

3) Get them to use waterproofing measures to stop future foundation leaks.

How to Avoid a Flooded Basement within the First Place

Unfortunately, a flooded basement may be a common occurrence. consistent with the Canadian Mortgage and Housing Corporation:

– Chronically wet houses are linked to a rise in respiratory problems.

– Frequent occurrences of basement flooding may result in long-term damage to the building and equipment which will not be covered by insurance.

– Insurance rates may rise to catch up on repeated basement flooding claims, and/or the minimum deductible could also be increased significantly.

– Property value may depreciate because the basement is susceptible to frequent flooding.

The good news is that flooded basements are often avoided by implementing a number of the subsequent measures:

Waterproofing will strengthen the structural integrity of your home's foundation by alleviating the hydrostatic pressure created by the world surrounding your basement walls.

A weeping tile may be a porous pipe used for underground drainage. The pipe is usually plastic with small slits cut lengthwise into it, which permit the gathering of excess water from the bottom. Rocks are placed around the weeping tiles to stop the pipes from getting clogged with dirt. the aim of the weeping tile is to permit excess moisture to seep through the gravel, be collected by the pipes, then drained faraway from your home's foundation.

Many older homes have weeping tiles made from clay. After decades, these weeping tiles can become blocked, which may potentially cause basement flooding. If this happens, the sole solution is to possess your weeping tiles replaced with new perforated plastic drainage piping. This required digging right down to the footing of the house to get rid of the old tiles and have new ones installed.

Parging is that the process of applying a skinny coat of mortar over concrete to evenly refine the surface of your home's exterior walls. the aim of parging is to make a contiguous surface by filling any air holes and smoothing out any roughness. Not only does parging improve the looks of your home, but it also helps protect the wall from rain and snow.

Keep in mind that parging a wall yourself isn't the answer for foundation cracks. Cracks in foundations are often serious; therefore, they have to be addressed by an expert to make sure that they're not the explanation for serious structural damage.

Posted in Home and Garden